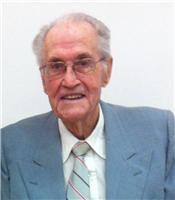 Funeral Services will be held at the Namao Elementary School, 2-24400 Hwy 37, Sturgeon County, AB, on Saturday, January 24, 2015 with viewing at 10:00 am followed by the service at 11:00 am with Reverend Phyllis Greenslade, DLM officiating.
Interment to follow at the Namao Cemetery.

Memorial Donations in Gordon’s honour may be made to the
Namao United Church Memorial Fund or the charity of one’s choice.