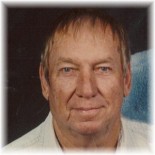 Robert (Bob) DeLaet, 84, of Blenheim, Ontario, passed away at the Blenheim Community Village on January 17, 2019.

Bob is survived by his loving wife of 37 years, Peggy (Lusk). He will be sadly missed by his children, Richard of Chatham, Mark (late Nancy) of Blenheim, Deidra Bilotta (Tommy) of Niagara Falls; step children Toni Benning (Rich Walton) of Fort Frances, Suanne Benning (Joe Primeau) of Blenheim, Cindy Benning (Peter Melville) of Frankford, and Kelly Ellis (Scott) of London as well as his 9 grandchildren, Megan Bale-Nick (Ryan Nick) of Winnipeg, Jordan and Melissa Bale of Ottawa, Angela Mills (Kate Mitchell) of Port Hope, Paige King (Matt) of Niagara Falls, Steven DeLaet of Leamington, Sara DeLaet of Chatham, Jessica Gaudrealt (Brady) of Blenheim, Chelsea Hickey of Frankford and Samantha Ellis of London. Bob was proud of his 4 great grandsons; George and Wyatt Nick of Winnipeg, Maxim and Drake King of Niagara Falls and is also survived by many nieces and nephews.
Bob was predeceased by his parents, Joseph and Marie DeLaet , his brother August DeLaet and sister Augusta Sinclair.

Bob loved sports, especially baseball, where his favourite team was the Detroit Tigers. He was a lover of music as well, spending 25 years playing the accordion in the 3B’s. He retired after a long career with WG Thompson & Sons Ltd. He was passionate about his lakeside living and spent as much time as he could fishing and conversing with his many friends.

Memorial donations may be made to the Canadian Cancer Society.