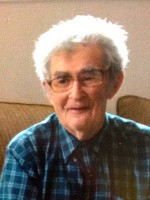 Family and friends may call at the Barclay Funeral Home, 137 Pearl Street East on Friday, from 2 to 4 and 7 to 9 pm. The Liturgy of the Christian Funeral will be Celebrated at St. Francis Xavier Church, Brockville, Saturday, October 18th, 2014 at 10 am. In memoriams to Making Play Possible and Brockville and District Hospital Foundation Palliative Care would be gratefully acknowledged by the family. Interment will follow at St. Francis Xavier Cemetery. Messages of condolences may be sent on line at www.barclayfuneralhome.com.