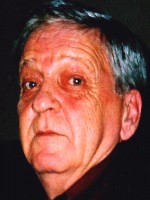 Demers à Mr Andre G. from Hawkesbury passed away on Sunday, February 9, 2014 at the age of 74. He was the beloved husband of the late Ginette Demers nee Lalonde; the son of the late Alphyre Demers and of the late Aurore Proulx; the loving father of Christian; the dear brother of Charlotte, Cécile, Suzanne, François and Serge; He was predeceased by a daughter Sylvie, two sisters: Thérèse and Claire also by four brothers: Jean, Émile, Paul and Edmond. He is survived by many brothers-in-law, sisters-in-law, uncles, aunts, nephews, nieces and friends.

For those who wish, donations to the Canadian Cancer Society, 837, Pitt Unite # 1, Cornwall, Ontario, K6J 3S5 would be appreciated. Condolences may be conveyed by fax at (613) 632-1065 or visit our Web Site www.salonfuneraireberthiaume.com