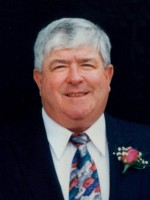 Hoffman à Mr Gérald W. from L’Orignal passed away on Friday, January 3, 2014 at the age of 70. He was the beloved husband of Carmen M. Hoffman nee Fredette; the son of the late Ernest Hoffman and of the late Léontine Ranger; the loving father of Mario (Guylaine Yeon), Joanne (Roy Bureau) and Charles (Catherine Joly); the adored grandfather of Myriam, Thomas and Laurie; the dear brother of Thérèse (late Jean-Charles Lacelle) and Jean-Paul (Claudette Pharand). He was predeceased by a brother Raymond (late Lorraine) and a sister Pierrette (Percy Golden). He is survived by many brothers-in-law, sisters-in-law, cousins, nephews, nieces and friends.

For those who wish, donations to the Hawkesbury General Hospital Foundation, 1111, Ghislain Street, Hawkesbury, Ontario, K6A 3G5 would be appreciated.

Condolences may be conveyed by fax at (613) 632-1065 or visit our Web Site www.salonfuneraireberthiaume.com