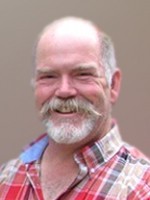 DUPUIS, Leonard (June 21, 1958âJanuary 24, 2015) A grand raconteur and country gentleman, Len died unexpectedly on January 24, 2015 at his beloved Hilltop Farm home in rural Eastern Ontario. Len was an only child, predeceased by his loving parents, Déas Dupuis and Muriel Villeneuve. He was deeply loved by his parents, grandparents and extended family, and Len spent a happy childhood running in the fields and going to school in rural Quebec between Grenville and Lachute. He loved country life, great stories (heavily embellished of course), collecting antiques â especially oil lamps â and spending time with an extensive network of relatives and friends. He cherished both his Anglo and Franco heritages, and like the Ottawa River that was always nearby in his life, he moved easily between the two. Len took no prisoners, and was a great friend and generous host who loved to entertain over big dinners and hours of engaging conversation. He was enjoying an early retirement and was setting himself up to sell antiques in the next phase of his life after a very successful career with the federal government that took him around the world. Len is survived by many cousins and good friends.

We will mark his life with a Mass of Christian Burial at St. Jude Roman Catholic Church in Hawkesbury, Ontario on Saturday, February 7, 2015, at 11:00 a.m.

In lieu of flowers, donations to a charity of your choice in Len’s memory will be greatly appreciated.