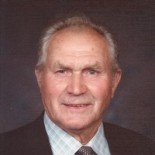 Passed away, suddenly, but peacefully after a period of declining health, at the Tillsonburg District Memorial Hospital, on Saturday, August, 18, 2018, with his loving wife and family by his side, Marcel Follens, of Woodhaven Drive, Tillsonburg and formerly of Langton, at the age of 88. Born in Wielsbeke, W.F. Belgium, son of the late Joseph Follens and the former Augusta Vroman (both of Belgium). Marcel was a dedicated farmer who proudly grew tobacco, belgian endive, (Witloof.) Marcel was an outstanding champion award-winning tobacco cureman, winner of the all-Canadian Rothmans Best Crop Grown and Cured in Canada in 1970. Marcel was a former member of the Langton Merrymakers.

Friends, Woodhaven neighbours, and relatives will be received by Rosa and the family on Tuesday, August 21st, 2018 in the MAURICE J. VERHOEVE FUNERAL HOMES- BURIAL AND CREMATION SERVICES INC. Chapel, 40 Queen Street, Langton, from 2:00 to 4:00 p.m. and 7:00 to 9:00 p.m. Parish Prayers will be held Tuesday evening at 6:30 p.m. Funeral Mass of Christian Burial to Celebrate the Life of Marcel to be said on Wednesday, August 22nd, 2018 at 11:00 a.m. by Rev. Fr. Thomas Kuriacko, in the Sacred Heart R.C. Church, Langton. Interment to follow in the Sacred Heart Cemetery, Langton. Memorial donations in Marcel’s memory are payable (by cheque) to the (Alzheimer’s Society,) (T.D.M.H. Foundation,) (Sacred Heart R.C. Church,) or to (Woodingford Lodge, Tillsonburg) through the Maurice J. Verhoeve Funeral Homes, Langton (519)842-4238.