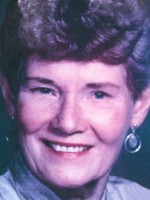 Alma Percelea Cook, loving wife, partner and parent passed peacefully in her sleep on Thursday, September 3, 2015, at University Hospital in London, Ontario. Alma met and married Carman Cook in Los Angeles and followed her husband across the country to build a new life with the man she loved. What followed was the happiest of before, during and ‘ever-after’ happy endings. Married for 62 years, Alma and Carman raised their daughter Joey and son Anthony and saw them both married, happy and successfully pursuing their own goals and dreams. Alma and Carman built Cook Steel Enterprises and created Cook’s Public Storage, the first self-storage business in all of Canada. They were together every step of the way, partners in the truest sense. Alma graduated High School in 1942 and immediately went to work building airplanes at North American Aircraft in California until the end of WW2. She moved on to become the first woman Shift Boss at Technicolor when they were the gold standard in the industry, helping create some of Hollywood’s most enduring classic color films. Her life was filled with hard work, struggle and accomplishment. Full of shared adventures and the love of family and friends. Alma is survived by her husband, Carmen Edgar Cook, her children Joey and her husband John, Anthony and his wife Mary, grandson Cole, his wife Traci and her great grandchildren Otto and Luna. Friends will be received on Friday, September 4, 2015 from 7-9 pm, at A. Millard George Funeral Home, 60 Ridout Street South, London, where the funeral service will be held in the chapel on Saturday, September 5, 2015 at 3pm. As an expression of sympathy memorial donations may be made to a charity of your choice. Online condolences, memories and photographs shared at www.amgfh.com