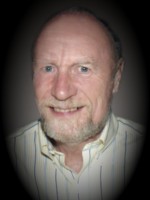 I am heartbroken to announce the sudden passing of my beloved husband Melvin of 47 years, on Tuesday 28th. October 2014. Mel was born in Edinburgh, Scotland and grew up in Manchester, England. He graduated from Manchester University with a degree in Civil Engineering and immigrated to Canada in 1975 to work at W.P. London. His career included overseas assignments in Uganda, Kenya and Bangladesh. For the past 30 years Mel owned and operated Biggar’s Key Shop. Bridge, politics, woodworking and supporting Manchester United were some of Mel’s hobbies. He was predeceased by son, Dan (1992) and parents, Szlama (2004) and Eileen (2007). He is survived by wife Margaret, daughter Nancy (Chris), three lovely grandchildren Jayna, Graeme and Amy, brothers Colin (Julia), Paul (Sheila) and their children and grandchildren.

A visitation to celebrate Mel’s life will be held at MORSE AND SON FUNERAL HOME 5917 Main St., on Sunday, November 2nd from 1-4pm. A private family burial will take place at Fairview Cemetery at a later date.

Thank you for all the love, support and prayers extended to our family. In memory of Mel, donations made to the Canadian Heart and Stroke Foundation would be appreciated by his family.