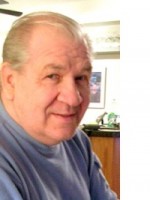 Bill taught English for the Montreal, Lakeshore, and Digby School Boards. He was a Rock ‘n’ Roller at heart, singing and playing piano in bands from the age of sixteen. Bill loved his family, his friends, and his music. He also enjoyed hockey, football and telling jokes.

Memorial service will be held on Friday, January 24 at Heritage Funeral Home, 2871 St. Joseph Boulevard, Orleans, Ontario. Friends will be received from 11:00 am to 1:00 pm. Chapel service at 1:00 pm. Reception to follow. www.heritagefh.ca