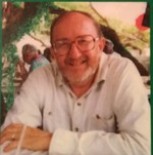 Michael passed away peacefully at St. Mary’s Hospital with his wife, Pat at his bedside.

Michael was born in London, England the son of George and Edith Craton (nee Izzard). He was the beloved father of Lorna (Petio), Amanda (Rex) of South Africa, and Darius (Cate) of London, England; grand-father of Tristan, Michaela, Jordan, Caleb, Jude and Miles; brother of Barbara of England, and predeceased by siblings Meg and David. He was the son-in-law of Rita Chin of Trinidad and Hilary Chin (deceased). He was uncle and great-uncle to many.

Michael was a Distinguished Professor Emeritus of the University of Waterloo, a Fellow of The Royal Historical Society and the Royal Society of Canada. He was a keen sportsman, representing his alma mater University College London in cross-country running. His passion was cricket which he played well into his 40s. He then took up tennis, playing at the Waterloo Tennis Club for many years with his family.

A memorial service celebrating Michael’s life and achievements will take place at the University Club on the campus of the University of Waterloo, 200 University Ave. W., Waterloo on Tuesday September 27, 2016. Friends are welcome to join the family starting at 5:30 p.m. with tributes beginning at 6:30 p.m.

Condolences for the family and donations to the Canadian Red Cross may be arranged by contacting the Erb & Good Family Funeral Home, 171 King St. S. Waterloo at www.erbgood.com or 519-745-8445.