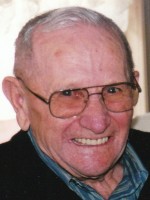 Friends may call at the WEST LORNE CHAPEL OF DENNING FUNERAL DIRECTORS on Sunday, October 20th, 2013 from 2 to 4 pm. Funeral service will be held at Grace Evangelical Lutheran Church, 108 Graham St., West Lorne on Monday at 2 pm. Interment Evergreen cemetery.

If so desire, expressions of sympathy may be made to: Beattie Haven, Wardsville; Grace Lutheran Church, Wes Lorne or to a charity of your choice. Condolences can be left at www.denningfuneralhome.com (519 785-0810). Posted free at Canadaobits.ca